Nigeria has an amazing landscape, great weather and it is populated by an enterprising people of varying cultures. From the epic spiritual rainforest in the west to the ruins of ancient structures in the north, there are a number of significant monuments everywhere you go. If you are visiting Nigeria any time soon or already in the country, you should check out some of the most notable monuments 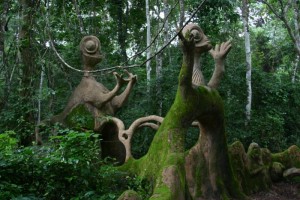 Situated on the outskirts of the city of Osogbo along the banks of Osun River, the Osun-Osogbo Sacred Grove is a dense forest famous for being the home of the goddess of fertility in Yoruba land. The forest houses shrines, sculpture, art works and the sacred river. There is a two week long Osun-Osogbo festival celebrated in the month of August every year. 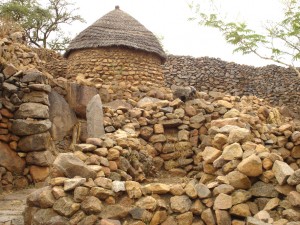 Sukur, as it is often called, is an ancient settlement located at the hilltop of Mandara Mountains in Madagali local government area of Adamawa State. The site features relics of iron smelting, political structures and trade that dates far back to the 16th century. Sukur is the first African cultural landscape to be listed as a UNESCO World Heritage site. The ruins of the palace of the Hidi (the clan chief), sacred symbols and the settlement layout are prominent structures to see on the site. 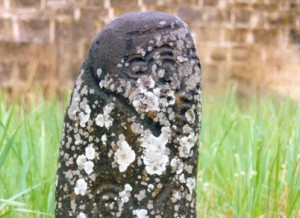 The Ikom Monoliths are located in the Alok Ikom area of Cross River State. The carved stones are about 300 of varying sizes ranging from 0.3 to 1.8 metres and scattered all over the area. The monoliths are believed to have been in since around 200 – 1850 AD. Alok Ikom Monoliths have different carvings of faces, patterns and inscriptions alluding to a unique pattern of communication. 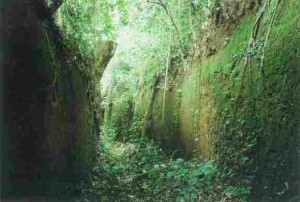 The Benin City Wall is a man-made wall built around 800 AD with a mix of ramparts and moats. It was used as defence to protect the ancient Kingdom of Benin against external forces. Covering over 16,000 km, the wall is known as the largest earthwork in the world.

In the small town of Zungeru on the Minna-Kontagora bumpy highway is the ruins of the old colonial government house. Sir Frederick Lugard lived in this town from where the amalgamation of the north and south protectorates took place on January 1, 1914. Today, the ruins of the colonial house are part of Nigeria national monuments.

If you are in Lagos, you can easily locate and visit the national theatre which is one of the notable landmarks in the city.

Back up
x
x